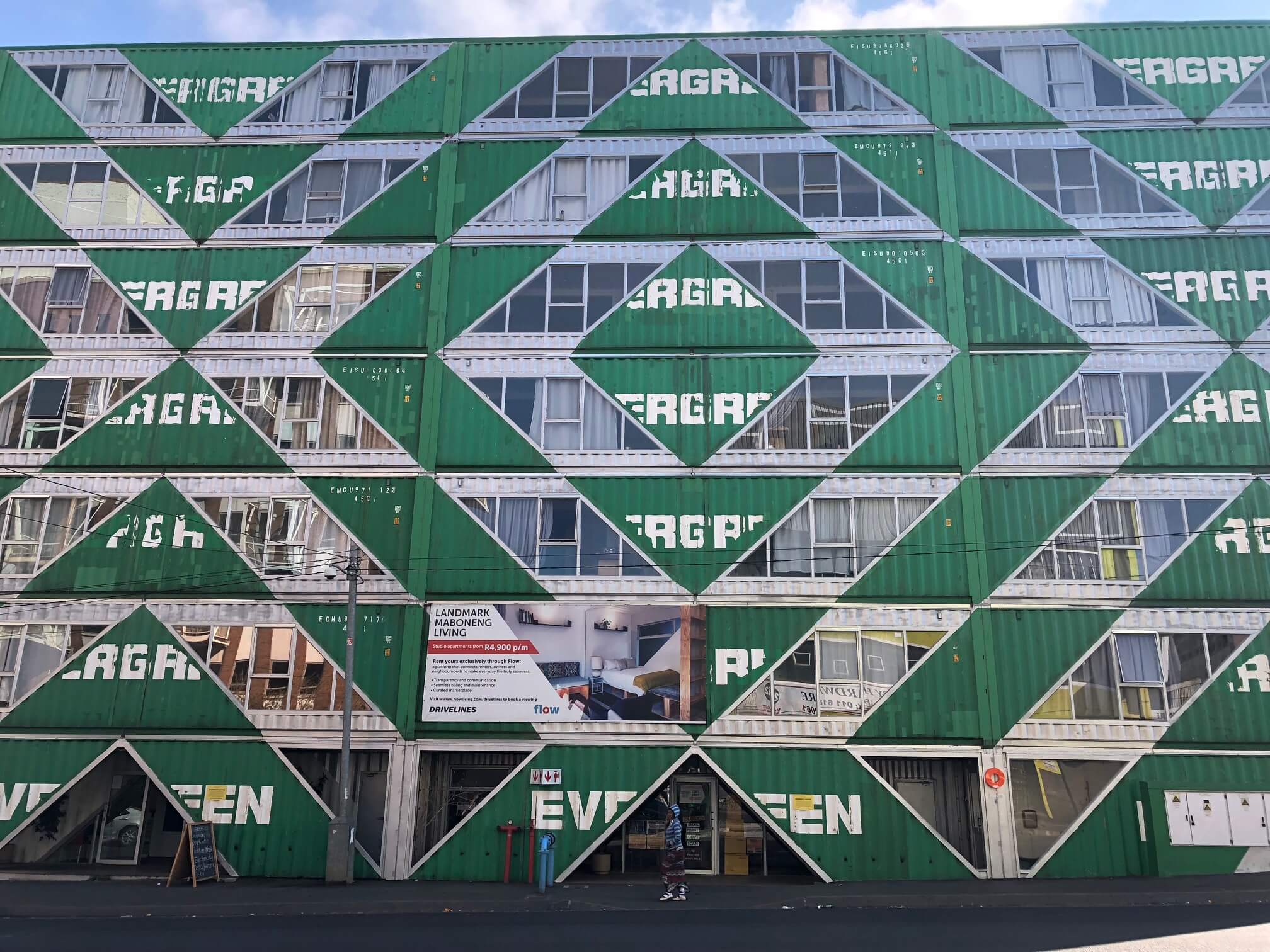 Planning my trip to South Africa, I had no doubt that I would visit Johannesburg.

Joburg or Jozi, as the locals refer to Johannesburg, is the capital of the richest South African province, Gauteng, and not only the biggest city in South Africa but also one of the 50 largest urban areas in the world.

With two airports, Johannesburg is the principal gateway to South Africa and a transit point for connecting flights to Cape Town, Kruger National Park and Durban. And this is why you should take advantage of and visit Johannesburg. But this is not the only reason…

Like many other big cities in the world, Johannesburg is very dynamic, cosmopolitan and has many things to offer the tourist.

I spent only three nights in Johannesburg, but I loved it. The vibe is very different from any other city that I visited in South Africa, people are very friendly and the tourist attractions are excellent.

If you’re still wondering if you should visit Johannesburg, below are 6 reasons why you should.

If there was place that I really wanted to visit in Johannesburg, it was the Apartheid Museum!

Opened in 2001, this museum illustrates the rise and fall of Apartheid: a former system of social segregation and politic and economic discrimination that originated in South Africa in 1948 and lasted until the early 1990s.

The collection features provocative film footage, photographs, text panels and artifacts exemplifying the events and human stories that are part of this unfortunate regime.

I must say that a visit to the Apartheid Museum is heartbreaking! When you start seeing pictures and reading what black South Africans went through, tears will come. I had to hold mine in at least twice…

Reserve at least three hours to visit this museum. You will leave it completely touched and ashamed of this chapter of humankind’s history.

In addition to the Apartheid Museum, Constitution Hill, a former prison and military fort, is another place to learn about South Africa’s journey to democracy.

During its 100-year history this precinct confined tens of thousands men and women of all races, creeds, ages, social status and political agendas, including Nelson Mandela, Mahatma Gandhi, Albertina Sisulu and Winnie Madikizela-Mandela.

A visit to Constitution Hill takes an average of two hours and you can explore the different parts of this Old Fort, including a section for male prisoners known as Number Four, a Women’s Jail, an Awaiting Trail Block and also South Africa’s highest court, the Constitutional Court.

I really recommend taking a guided tour during your visit!

Hearing about the history of some prisoners’ lives, the treatment they were submitted to, seeing the conditions of the cells, learning about dietary regimes determined by skin color, the work they were forced to do (women had to clean the floor extensively hours in order to keep them busy), the prison’s hierarchy and the torture and humiliation they suffered (men had to perform “tausa”, a naked “dance” in which they would expose their rectum to the warden’s inspection), is shockingly disturbing.

But at the same time, it’s a great way to understand black people’s struggle for freedom, which was quite remarkable in this country.

Soweto was another place that I really wanted to see in Johannesburg.

A separate city from the late 1970’s until 1994, Soweto, an acronym for South Western Townships, was originally populated mostly by native African workers from the gold mining industry.

During the apartheid regime, those areas were designated as non-white areas in accordance with segregation policies.

Soweto was the epicenter of many conflicts between the government and the black community, including the 16th of June 1976 uprising that began in Soweto, spread countrywide, and culminated in the death of many students, among them the 12-year-old Hector Pietersen, who became a martyr and in whose honour a museum and a monument were created

Nowadays Soweto is full of attractions such as the Nobel Laureate Walk, the only street in the world where two Nobel Prize winners had lived; the Mandela Museum; Orlando Towers (the most distinctive landmark in the neighborhood); the Hector Pietersen Memorial and Museum, etc.

I took a Soweto bike tour and it was extraordinary. The guide was very enthusiastic and proudly took us around his neighborhood. I can tell you that Soweto seems more like a poor neighborhood that could be anywhere else in the world than a “proper” township.

We did cycle along streets with running water and piles of garbage, but mostly we were on tarred streets surrounding by very nice houses.

You should definitely visit Soweto!

The ideas, stereotypes and preconceptions you have of townships might change completely.

4 – Maboneng: one of the coolest neighborhoods in the world

You probably have heard of Manhattan in New York and the fashionable Soho district in London. But what about Maboneng in Johannesburg?

Well, this neighborhood was considered by Forbes in June of 2018 to be one of the 12 coolest neighborhoods around the world. “A no-go zone until the end of Apartheid in 1994, Johannesburg’s Maboneng has since transformed into a lively urban area with blossoming art and culinary scenes”.

You can feel Maboneng’s vibrant and unique character on its streets, buildings, restaurants and people who come to enjoy its fine art galleries and museums, markets, lively rooftop bars and amazing parties.

Definitely one of the reasons that I loved Joburg was because I stayed in Maboneng.

I had a great time watching the sunset from the Living Room Rooftop Bar, the music, people and view were awesome; enjoyed the food and live music at Pata Pata Restaurant; met some amazing people at the markets; and had a lot of fun partying at Shakers, a cocktail bar with good DJ’s mostly frequented by locals.

They provide more than an alternative shopping experience but a way to explore Joburg like you’ve never seen before.

There are many indoor and outdoor markets in Johannesburg and the three most popular ones are: Market on Main (in Maboneng), Neighborhoods (in Braamfontein), and Rosebank Sunday Market (in Rosebank).

I only had the opportunity to visit two weekend markets and I adored them.

The Neighbourgoods Market, located in the heart of the city in a 15-storey building, is open every Saturday from 9h to 15h and the first Thursday of every month from 17h until late. On the two floors there are plenty of things to buy, delicious artisanal food, craft beers and cocktails. But the best is definitely the rooftop that provides a great view of the city and also a place to soak in the sun and listen to the live music.

Market on Main, located in an early-1900’s converted bonded warehouse, and open every Sunday from 10h to 15h, is another market that I really liked. This market is also part of the Arts on Main complex, which features artist studios, galleries and quirky shops.

6 – The Friendliest People in South Africa

If you think that South Africans are friendly, wait until you get to Joburg.

I spent a very short time in the city, but I met some really cool people. Actually the friendliest ones I met during my 40 days in South Africa.

I talked to people at the markets, bars, restaurants, parties, cab drivers, and they were all warm and sociable.

While I was doing the Soweto bike tour, many locals on the streets were saying, “Welcome to Soweto” and waiving at us. It was very touching to notice that those people were truly happy with our presence and I did feel very welcome.

When you visit Johannesburg, don’t miss the opportunity to make new friends. It’s a cosmopolitan city with very amicable and open-minded people.

The only reason You won’t Visit Johannesburg

The city is quite dangerous

Many people decide not to visit Johannesburg when travelling to South Africa because they consider the city unsafe and not interesting.

The city has a very high crime rate in part caused by the immense poverty and inequality.

I can confess that looking through the cab’s window from the train terminal to the city center, Joburg seemed a horrible and unattractive city, with many abandoned buildings, dirty streets and homeless people.

During my trip, some local friends told me to be careful while in Johannesburg, but to be honest, I didn’t take their advice seriously and almost paid a high price because of that. In my first 5min in the city people tried to rob me twice… But even though that happened, I still loved Joburg!

So, be vigilant, keep your valuables out of sight if you can and always listen to local people’s advice. Be also prepared to take cabs / Uber constantly because there are many unsafe zones in Johannesburg and you can’t walk from one tourist attraction to another. Unfortunately!

These are just 6 great reasons you should visit Johannesburg, but of course there are many more.

Don’t let Johannesburg‘s enduring reputation for crime put the city off your list. Just be aware rather than panicked and you might also love this city too.

Safe travels and have fun in Jozi.

You may also be interested in: 10 Things you Should Know before going to South Africa

Don’t forget to buy a travel insurance, which can literally be your lifeline if something happens to you and if your luggage is lost or stolen.

Johannesburg is located on the Highveld, a plateau region in South Africa, at an elevation of 1,750 m (5,740 ft). (Check the exactly location here).

Johannesburg is served principally by OR Tambo International Airport for both domestic and international flights. Lanseria Airport, located to the north-west of the city and closer to the business hub of Sandton, is used for commercial flights to Cape Town, Durban, Port Elizabeth, Botswana, and Sun City.

You can buy your ticket here with Skyscanner, which is the website that I use and trust.

The rapid rail link, Gautrain, connects the OR Tambo International Airport to the districts of Sandton, Midrand, Sandburg, and Rosebank, and central Johannesburg to Soweto, Pretoria, and most of the satellite towns along the Witwatersrand.

To move around the city the best thing is getting an Uber and I really recommend you setting up an Uber account. Another option is the Hop-On Hop-Off bus.

There is also a Hop-On Hop-Off bus from Cape Town to Johannesburg.

Johannesburg enjoys a sunny climate, with the summer months (October to April) characterized by hot days followed by afternoon thundershowers and cool evenings, and the winter months (May to September) by dry, sunny days followed by cold nights.

The best times to visit Johannesburg are from March to May and September to November. During these low season months, crowds lessen, prices drop and the weather is relatively warm and dry.

I visited Johannesburg in August and the weather was very dry and chilly at night.

If you’re looking for accommodation is Johannesburg my recommendations are: