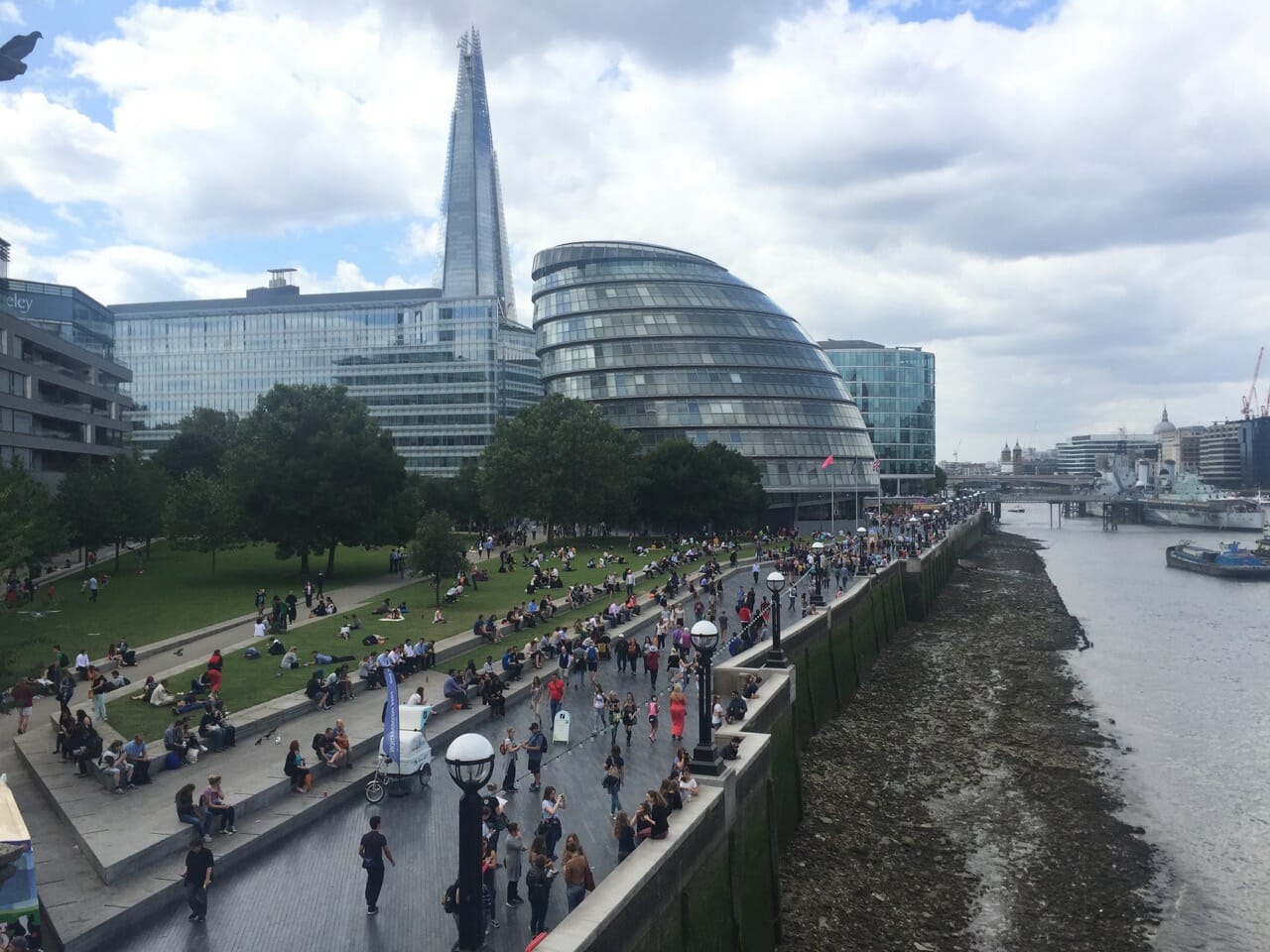 London is undoubtedly one of the coolest cities in the world and definitely a place to visit!

This land of the queen and plebeian hipsters is known for its famous attractions but also for its high prices.

After spending two months in the city and following some local’s advice, I made a list of the 7 best things to do in London for free, so you can save some extra pounds next time you visit the city, and also get a better idea of what to do in London and its unusual attractions.

7 Best Free Things to Do in London

There is an array of excellent museums in London, and the best are free. But if you have to pick one to visit, it’s definitely the British Museum.

This world-class museum founded in 1753 is the first national public museum in the world and has an incredible collection with over 8 million objects showing the history of the world’s culture. It receives almost 6 million visitors yearly.

The British museum is one of my favorite museums not only in the city but also in the whole world!

The highlights are the Department of Ancient Egypt and Sudan, which houses an extensive collection with pieces dating back from the Neolithic period (about 10,000 BC) until today; and the Department of Greece and Rome, which contains the best collection from the Classical world with over 100,000 objects.

You will be in awe when visiting those two sections!

With 3000 parks and 47% of green space, it is not going to be hard to find a place to relax on a sunny day in London.

Among all, Regent’s Park is the one on my list of the 7 best things to do in London for free.
It was designed by John Nash, and houses an Open Air Theater, a Zoo, the largest outdoor sports area in Central London, gardens, memorial, fountains, statues and a boating lake.

Regent’s Park is so gigantic that you can get lost easily, especially because there aren’t many rangers to provide information. Even to find water fountains and bathrooms is hard…

But the visit is totally worthwhile especially because of the Queen Mary’s Rose Garden that features more than 12,000 roses of 400 varieties (the most perfumed part of the park), and the majestic Avenue Garden. These are the two best parts of the park and you will be delighted walking through the English Gardens.

Despite being a megalopolis and the world’s financial capital, there aren’t many skyscrapers in London.
If you are wondering where you can get a bird’s-eye view of this lovely city without spending any money, the answer is Sky Garden.

Located on the 36th floor in the Liverpool Street area, it provides a spectacular 360 degrees view across England’s capital.

The garden with Mediterranean and South African plants could be much better, but the famous enlarged glass dome is just amazing.

Reservations can be made up to three weeks in advance, however after 6:00 PM you can just put some nice clothes on (smart casual recommended) and show up without any reservation. Be patient because lines can be quite long at sunset time.

I’ve already mentioned that Free Walking Tours are the best way to sightsee and at the same time learn about the history of a place that you’re visiting.

Nowadays in nearly every big city in the world you can find free walking tours, and I’ve already done Paris, Moscow, Saint Petersburg, Rio, Prague and of course London.

The most popular tours in London are the Royal and the Old City. I’ve done both with Sandemans New Europe Tours and I personally think that the latter is much more interesting.

The Royal Tour features three Royal Palaces and it’s a great opportunity to learn about London and the Royal Family’s history, and also to spot important landmarks such as: Covent Garden, the Buckingham Palace, Trafalgar Square, Big Ben and the Houses of Parliament.

There are other companies that provide free walking tours and you can even combine those two tours in only one day.

Tours are in English and Spanish in general, without any cost, but tips are highly recommended and appreciated.

I’ve never seen a city with as many street markets as London. From Portobello Market in Notting Hill (I didn’t like it that much) to Brick Lane (I highly recommend). In Camden Town you find not only one, but a group of markets.

Located in the north of London, Amy Winehouse’s neighborhood has over 1000 places to shop, eat, drink and dance in the historic center of London.

Camden is the home of all types and you can expect to see everything from punks to fetish lovers, street artists and goods from all over the world. Some of the stores are captivating and you can find some treasures that aren’t currently common anymore.

The food stalls are as mixed as London’s population and features Chinese, Thai, Indian, Italian, African and Mexican cuisines.

You can consider Camden too touristy but it’s a good way to get a better sense of London’s eccentricity. And it’s the reason it’s on my list of the seven best things to do in London for free.

Exploring London’s diversity, Greenwich, the 6th on my list of the best things to do in London for free, is a part of the city that will make you think that you’re in another city.

Greenwich is probably the most unrated place in London and offers outstanding attractions.

My favorite one is the Old Royal Naval College: an English Baroque architectonic complex dating back from 1669. The Chapel and the Dining Hall of this former hospital is open to the public and the Painted Hall has one of the most magnificent ceilings in Europe. I was amazed visiting this college.

Other places to visit in Greenwich are: the Royal Observatory and Park, the Queen’s House (the earliest English building in classical style), the National Maritime Museum, Cutty Sark (a clipper ship from 1869), O2 Arena, Emirates Air Line (a cable car across the River Thames) and a street market.

7 – Walking on the river banks

A visit to London cannot be completed without a visit to the Thames River banks, especially the part between the Tower and Millennium Bridges.

Yet it’s a great opportunity to marvel at London’s architecture ranging from castles and medieval ruins to modern buildings covered with glass.

Some of the highlights are: the Tower Bridge (London’s most famous bridge), The Shard (Western Europe’s tallest building), the City Hall (one of my favorites), The Tower of London (Her Majesty’s Royal Palace and Fortress), The Globe (Shakespeare’s theater) and Saint Paul’s Cathedral.

As a tourist this is one of the most pleasant activities and of course can not be off any things to do in London list.

This is my list of the 7 best things to do in London for free, but of course there are many more.

So the next time you head to the queen’s land you will understand why London is one of the most visited cities in the world.

For more information about London VisitLondon.com
Other companies that provide free walking tours in London are Free Tours of London and Free Tours by Foot.
For more information about Greenwich visit VisitGreenwich.org.uk
If you are staying in an AirBnB apartment and want to storage your luggage close to Victoria Station, Buckingham Palace, King’s Cross Station or any other place in London, check LuggageHero website. It costs only £1 per hour per bag.

Watch the video 7 Best Things to Do in London for Free now!