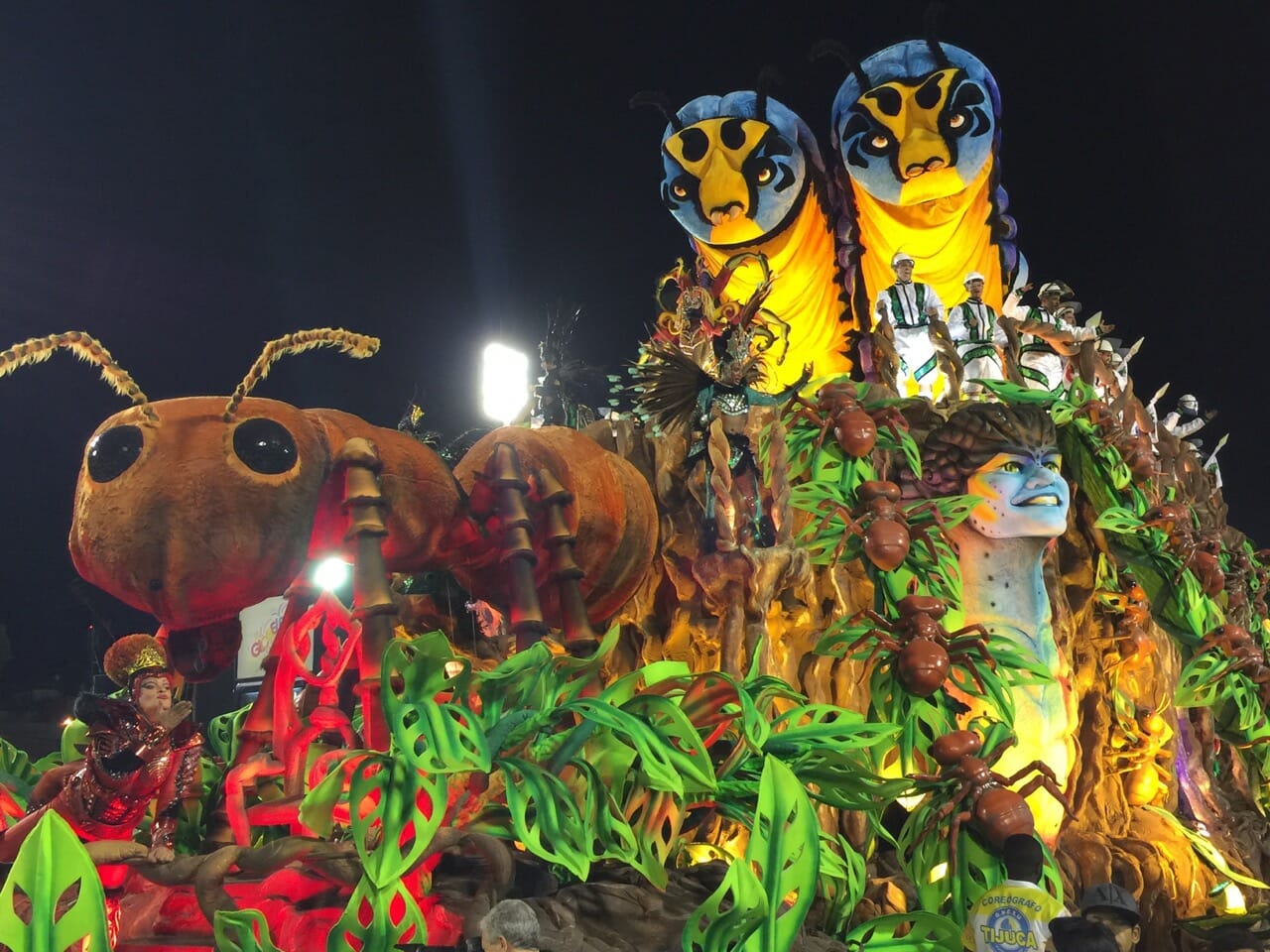 Each February there occurs one of the greatest and most fabulous festivals in the world: the Brazilian Carnival! The celebration started in Mesopotamia and arrived in Brazil during the time of colonization.

Today, the Brazilian carnival attracts millions of locals and tourists alike, who gather for around one week to have fun with friends, to enjoy live music, and to dance and drink. It is truly a celebration of life and of Brazil’s cultural heritage.

In Brazil there are four big carnivals that happen at the same time (some smaller cities celebrate carnival during other parts of the year), in four different cities: Recife, Salvador, São Paulo and Rio.

In Recife, located in the Northeast, the carnival happens on the streets of downtown, with huge puppets and drums. The popular genre is Frevo, which is danced with a small umbrella and has the dancers going down on their knees, alternating frenetically the right and the left legs to the front or the side.

Every year around 2million people enjoy the street carnival in Recife and Olinda (a neighboring city), which starts in the morning and goes all day long. 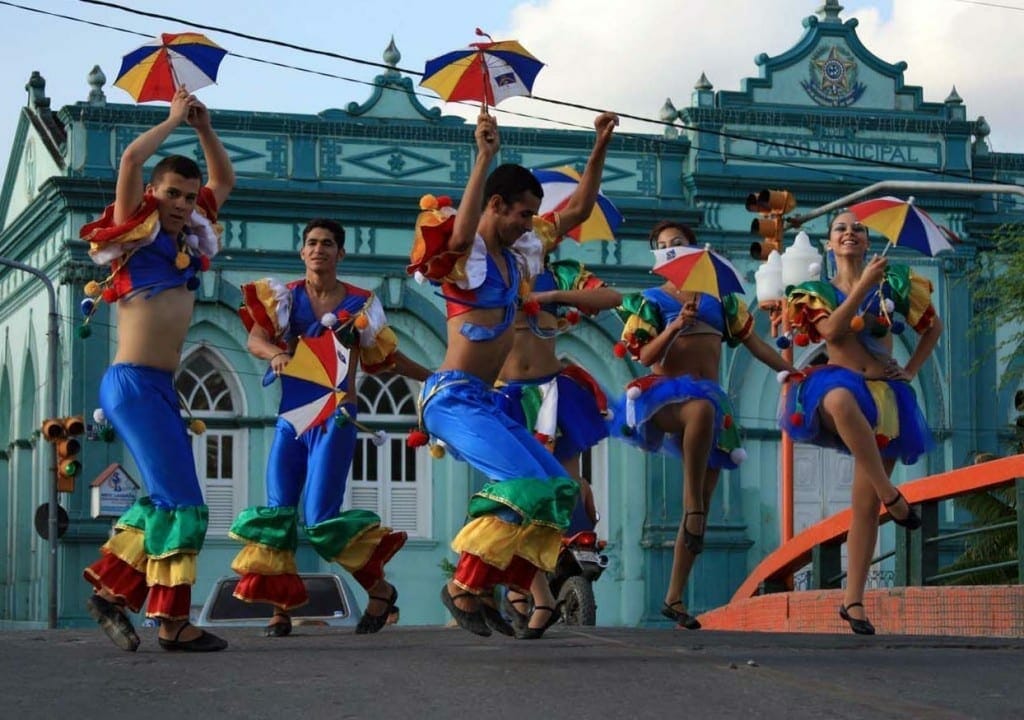 In Salvador, also located in the Northeast, the carnival is divided into two circuits: downtown and Barra-Ondina. Bahianos (people born in Bahia) love carnival and for them this is the best time of the year.

The popular genre here is Axe Music and every year there are new songs with new choreographies (it might include sensual hip movements) that become popular and are danced in the whole country all year around.

Bahia usually dictates new trends and is a showcase for new artists who perform on the top of Trios Eletricos (big trunks with amplifiers), whether solo, or with dancers or invited guests such as Bjork, PSY or any other worldwide celebrity who are in the news in the current year.

Young people love Salvador’s carnival, whether they are on Camarotes (carnival balconies) or in the streets, their goals are to dance, drink and kiss as much as they can…

There are also some traditional African descendant groups who perform with drums and with people dressed in beautiful handcrafted costumes. They are stunning and they are proud of preserving their African cultural heritage in Brazil’s first capital.

The carnival in São Paulo is fairly recent compared with the other three cities, but it is getting more and more popular and bigger and bigger. This year São Paulo had over 300 street parties during the carnival and the city made around US$100 million.

The common genre here is samba and carnival is celebrated on the streets and in the Sambadrome.

I enjoyed the carnival in São Paulo for the first time and was surprised by how huge it has become. During the day I gathered with friends to go to street parties, some of them with electronic music, others with Axe music and even Pop American songs. The street carnival in São Paulo is as diverse as the city, and occurs in general in the downtown and in Vila Madalena (the bohemian neighborhood). 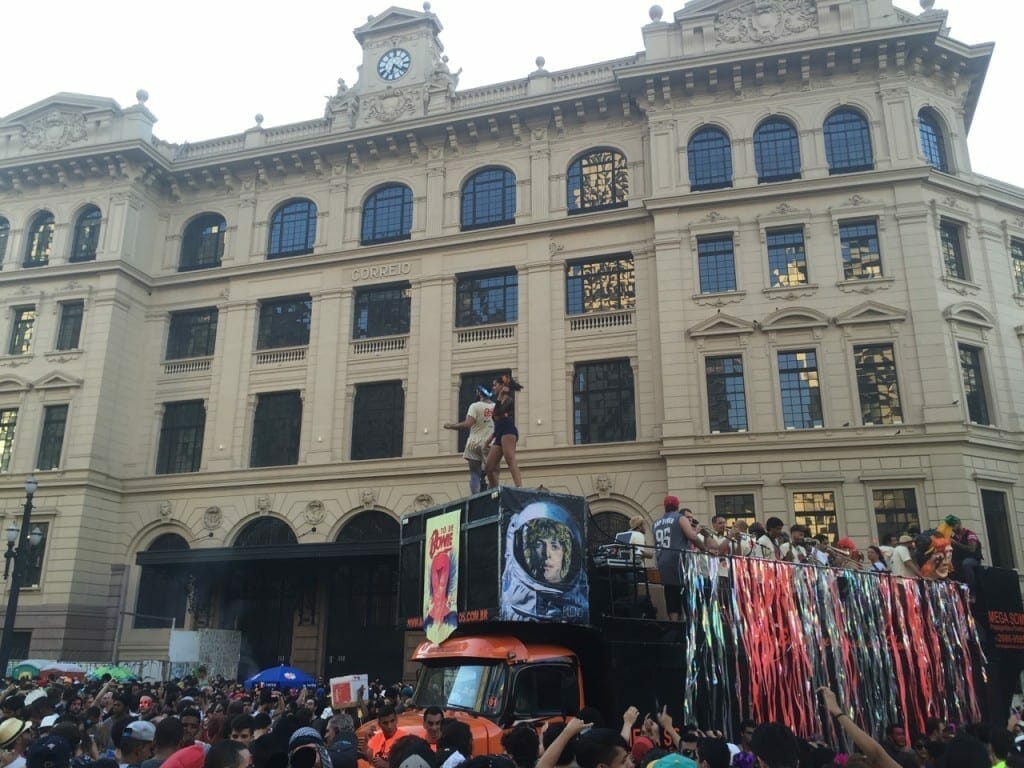 For the first time I was on a carnival float at the Sambadrome where the samba schools compete for the championship trophy. It was an exhilarating experience and I was extremely happy to be a part of this wonderful festival!

Rio probably has the most famous Brazilian carnival and receives more international tourists than any other city. The carnival is massive and the popular genre is samba, however funk carioca (a mix of electro-funk, Miami bass, freestyle and rap) is also popular.

As in São Paulo, there are also street carnivals and the Sambadrome. Rio has more of a tradition in street parties and some of them have over 1 million people joining just one float. The street parties occur in downtown and also on Copacabana, Ipanema and Leblon beaches.

The samba schools in Rio are very professional and outstanding; they invest tons of money to create luxuriant and exuberant costumes and cars. The 12 schools of the Elite Group compete during two days, Sunday and Monday, in the Sambadrome, then the top five are invited back on the following Saturday.

On Saturday night I went with friends to the Marques de Sapucai Sambadrome to watch the Rio carnival parade for the first time. We got our spot in the arena in the frisas section, and which could not be better by the way:  in front of the runway and close to the end of the parade.

We arrived right on time to see my favorite samba school: Beija-Flor (Hummingbird). The float was huge and the decorations were luxurious with sparkling gold cars and featuring a large hummingbird as well as a big male statue that moved his arm and fingers! There were also terrific costumes and overly happy people. I was truly amazed!!

The parade continued and the other samba schools displayed unimaginable inspirations: from Opera, to Greek Mythology, man’s creations, and the harvest. I was completely speechless and surprised by the creativity and high quality of the samba schools.

Every car that passed by was gloriously different: with different shapes, decorations and figures. On one, a dragon moved its head and “swallowed” people, there were also large Greek statues, birds “flying”, robots, a boat “shaking because of the waves”, a Zeppelin, forests, and a huge Gulliver that could lay down and stand up with people climbing on him… It was thrilling!!

People from all ages were on the floats, from toddlers to the elderly with canes. I also saw people in wheelchairs… everyone enjoys the Brazilian carnival.

The audience was singing, dancing and vibrating with every school. The music was contagious and no one could stop dancing whether you were from Brazil or not, and whether you were able to dance samba or just move your head and arms.

I was having so much fun with my friends and I was grateful that one of them gave me this late Christmas gift.

And gifts, by the way, we received some from people who were on the floats. Because they don’t want to keep the costumes and they will not wear them again, it is common that they give them away to the audience. So we got beautiful headpieces and other parts of costumes and became even happier. 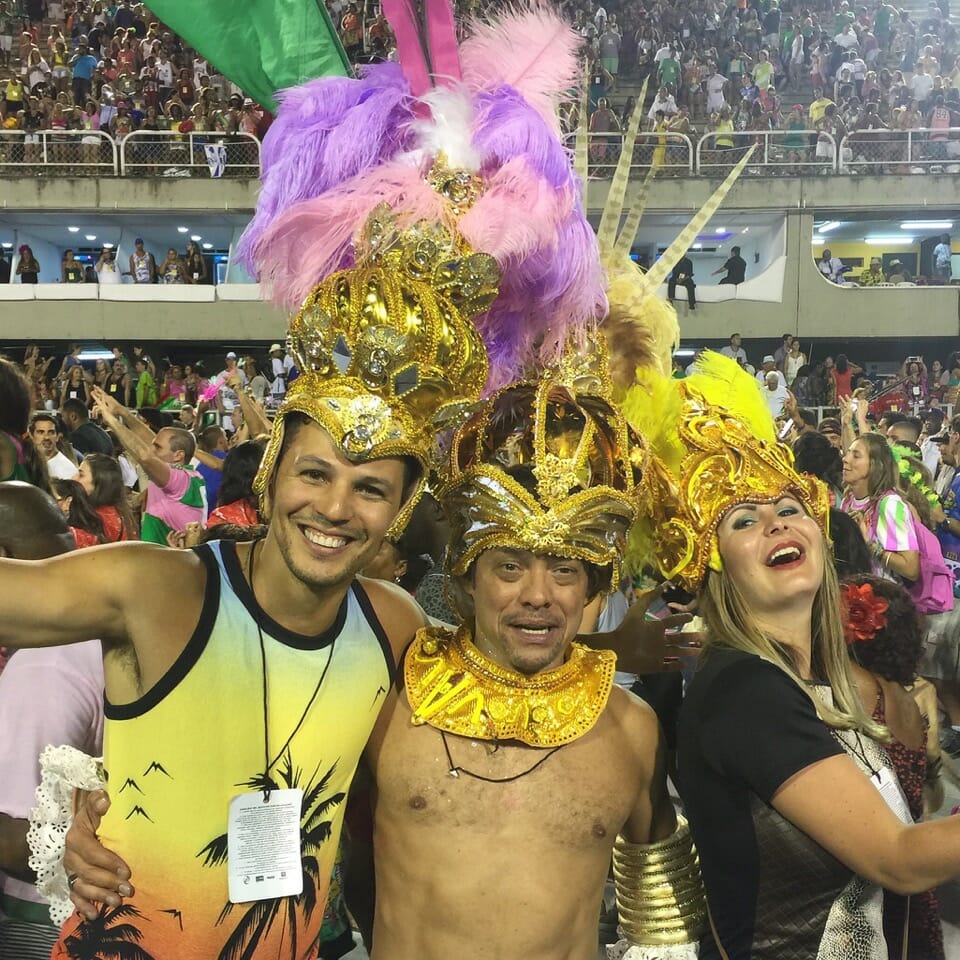 In the end, we joined a group “with our costumes” who started playing on the runway after the parade had finished and we went all through the streets of Rio. I don’t know how and where we had the energy to dance until 8:00 AM.

I confess that I was tired but my friends and I were having the time of our lives. I got home at 9:00 AM and finally went to bed at 10:00 AM. I was exhausted but happy.

The Brazilian Carnival is a festival that one has to experience at least once in a lifetime!

Watch the video: The Brazilian Carnival, 2016.