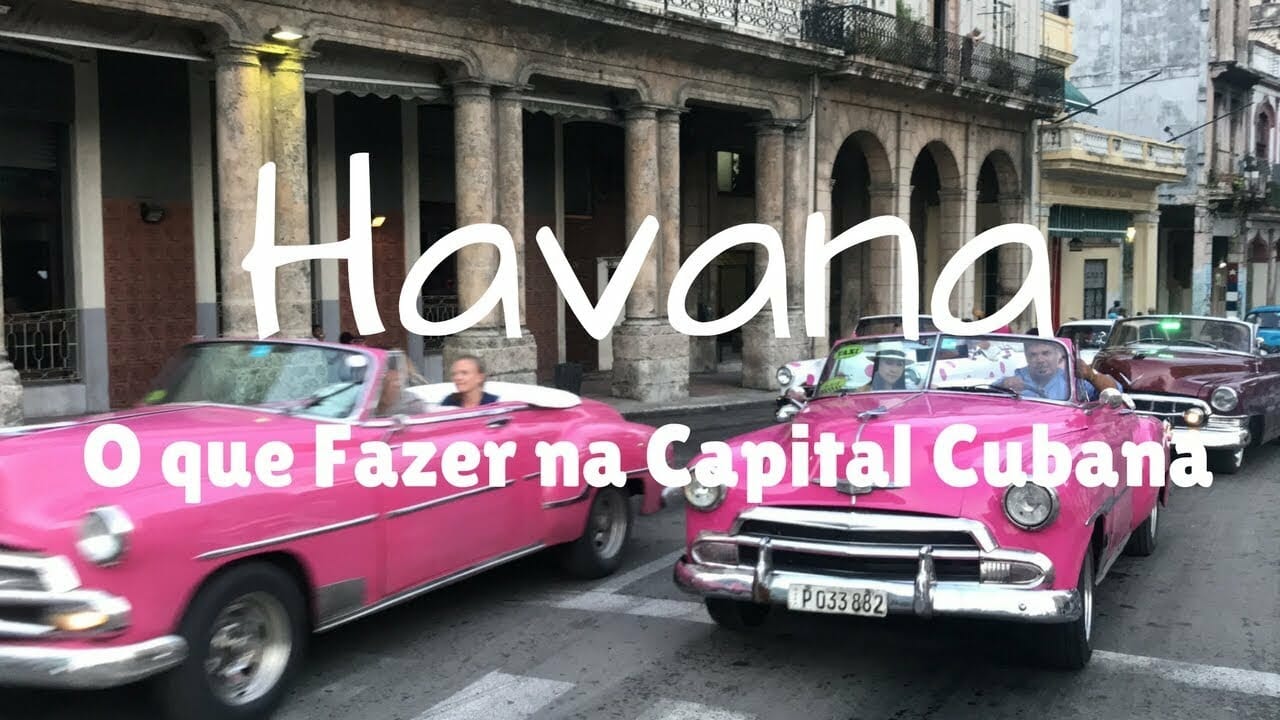 This is the transcription of the subtitles of my video about Havana posted on my Youtube channel.

Havana: What to do in the Cuban Capital

Hi guys, my name is Pericles Rosa, and I’m at Parque Central in the heart of the city of Havana, Cuba.
And I will take you to visit the main sights of the city; for a ride in one of those old big cars; to walk the streets of the breathtaking Old Havana; and visit some of the most important museums in Cuba. Of course, there will be plenty of music and rum.

Come to visit Havana with me!!

Havana is the capital and largest Cuban city. It was founded by the Spanish in 1520, and has a mix of Baroque and neoclassical architectures.

Currently the city has about 2.5 million inhabitants.

Among the most iconic buildings of Havana is the Capitol, built in 1929; and el Gran Teatro de la Habana, built in 1828.

In Old Havana are the main sights of the city, including: Plaza de la Catedral y Catedral de San Cristobal; Castillo del Morro, one of the first fortress in the Americas; the enchanting Basilica Menor y Convento de San Francisco de Asis, where the Museum of Sacred Art is located, and in front of the statue Gentleman of Paris, one of the most controversial figures of Havana; and it is very close to Plaza Vieja, the first to be restored when Havana was declared World Heritage by UNESCO in 1987.

In Plaza Vieja is located Camera Oscúra which provides a 360 degree view of Old Havana increased 30 times by a lens located at the top of the 35m height building. And all this in real time, of course.

And there’s more, such as the Paseo del Prado, where the legendary Chanel fashion show took place in 2016; and Calle Obispo, the busiest street in Old Havana, which there are always restaurants with live music and people dancing on the street. I couldn’t resist… This is the true Cuban spirit!

And one of the best things to do in Havana is a city tour in one of those cars from the half of the 20th century.

During the tour you drive through the Chinese and Centro Habana neighborhoods; stop at the Revolution Square, the most important square in Havana, and a political milestone in the history of Cuba; visit the John Lennon Park, where young people used to gather to hear the banned American music; and still pass the Malecon, before returning to Parque Central.

My suggestion is to take the city tour earlier in the day or late afternoon because of the heat.

Now, if you want to learn about Cuban history, the best way is to take a walking tour. The walking tour begins by visiting the Portages Cigar Factory, the most famous Tobacco factory in Havana, and follows through other tourist attractions, but also the harsh reality faced by Cuban population.

Another way to learn about the history of Cuba is visiting museums. The most important are the Museum of the Revolution, I advise to do the guided tour; who would say that there’s the change of guards in this museum?!; and the Napoleon Museum, which houses the most important collection of art related to Napoleon in Central America, with more than 700 objects that belonged to Napoleon and his entourage. What I liked most were the super elaborate tables, porcelains, and the rooftop that provides a beautiful view of the city of Havana.

Other point of interest that attracts many tourists is the Fortaleza de la Cabaña, the largest fortress built by the Spanish in the Americas, which was used by Che Guevara as his headquarters just after the revolution, and which today houses the Arms, la Comandancia of Che, and the Monographic Museums. The strength further provides a beautiful view of Havana.

And you can’t leave Havana without visiting El Floridita, which is considered one of the best bars in the world. That’s because the American writer Ernest Hemingway, changed the daiquiri recipe, and the bar keeps the secret to this day. This is the best and most famous daiquiri in Cuba !!

And if you want to enjoy la note Habanera I recommend you to go to King Bar, but the best place  Fabrica de Arte Cubana. This mixture of art gallery, cinema, club, restaurants, and are for live concerts,  will surprise you. This is Havana !!

See you next time. Kissssssssees