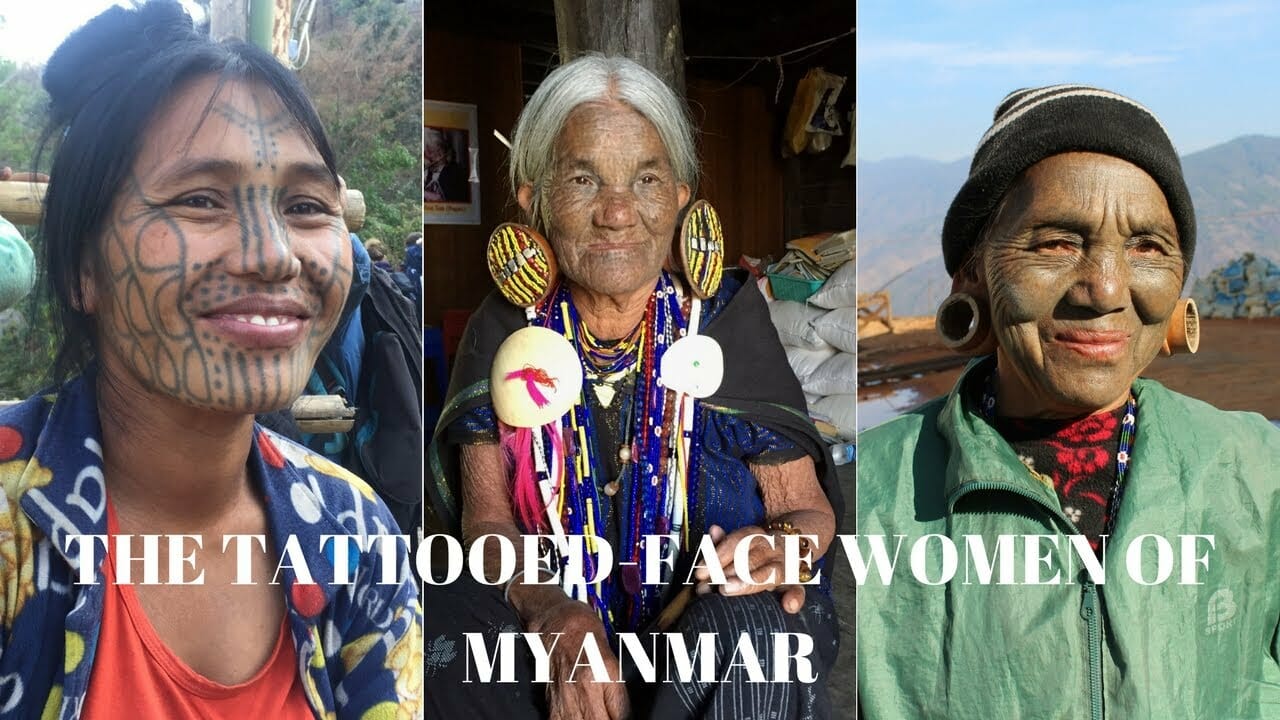 The origin of the tattoos is uncertain but there are various legends as to why the women started tattooing their faces:
1. The tattoo was a disguise to prevent the Burmese King from wanting to steal the Chin women.
2. They believe it made the local women look ugly and it would prevent the British colonists from assaulting them;
3. There was a rich man who wanted to marry a tattooed face woman so they started having the tattoos;
4. They believed that only tattooed women would to go to heaven and the ones without tattoos to hell;
5. They thought it made them look beautiful;
6. Tradition.

I talked to some of those tattooed face women and was intrigued to learn their personal stories and I was also surprised to see how hard they work.
In the end I met Yaw Shen, a 90 year old tattooed face lady who plays the nose flute. In fact, Yan Shen is the only nose flute player in Mindat.

I’m very glad that I saw those women before they disappear and met Yaw Shen, who is a “celebrity” in Mindat.

If you to know about the tattooed face women, check my post: Visiting Tattooed Face Women Villages, Mindat-Myanmar.

2 thoughts on “The extraordinary tattooed face women of Myanmar”