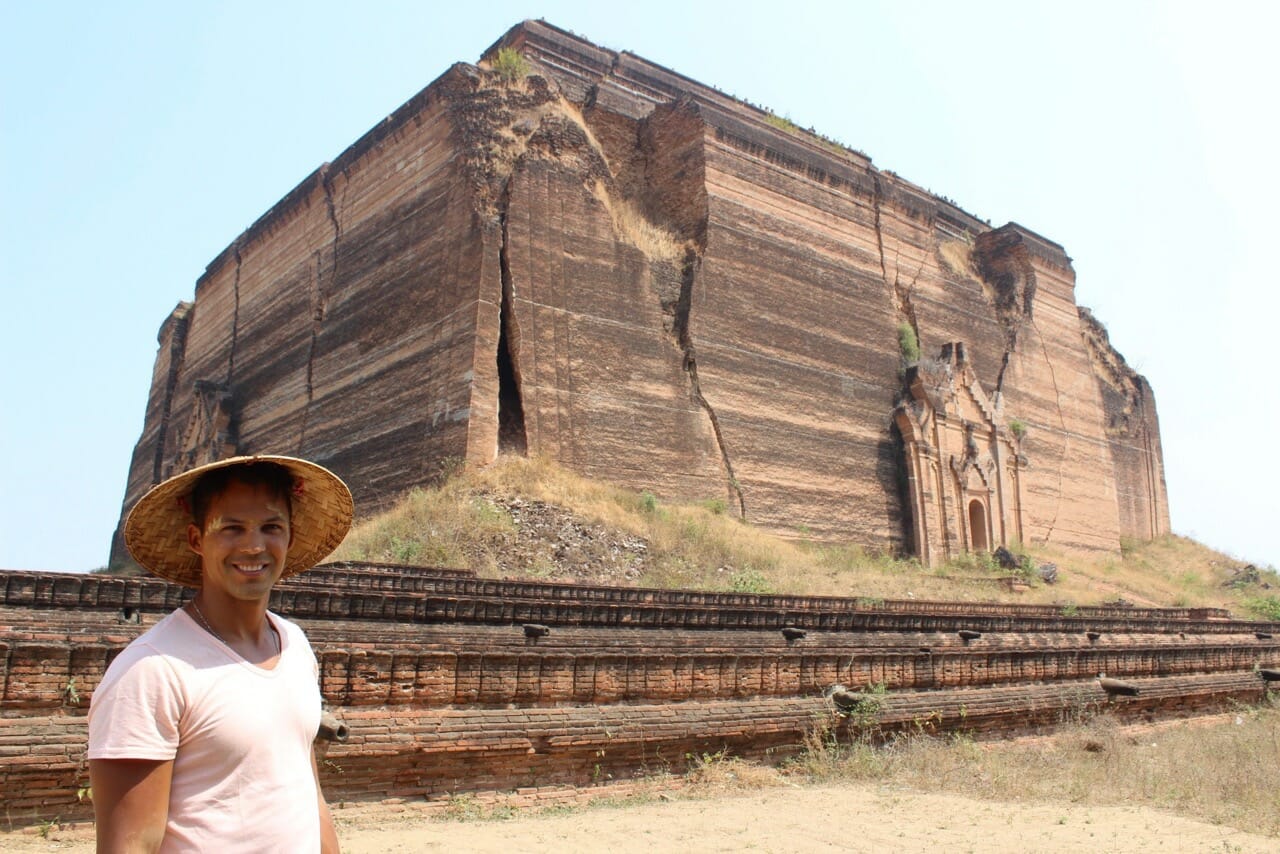 Are you planning a trip to Mandalay?

You can find more detailed information on my two previous posts: Things to do in Mandalay Area and Itineraries for 1, 2 and 3 Days in Mandalay.

Here’s the transcription of the whole video 😉

Hi guys, I’m Péricles Rosa. Today I’m going to show you how to get the best out of three days in Mandalay.

One of the best things to do is to explore the city by bike. Mandalay is a flat city and its streets are laid out in a grid, so it’s almost impossible to get lost.
On a bike, you can get a better sense of the city and visit some of the most important points of interest.
The first place I visited, was the Mahamuni Buddha temple. To enter the temple, you have to take your shoes off and cover your knees, so I had to wear a longyi, a kind of skirt that is very popular in Myanmar.
This temple is one of the most important pilgrimage sites in the country.
The Buddha statue, the most sacred in Myanmar, is 3.8m tall and weighs 6.5 tons. To pay their respects, male devotees regularly apply gold leaf to the statue.
In the temple complex, there are also six large bronze Khmer statues, taken from Angkor Wat in Cambodia, where locals believe them to have healing qualities.
After leaving the Mahamuni temple, I went to the stone-carving district along Sagaing-Mandalay Road.
It was fascinating to see the skilled craftsmen and –women using electrical tools to carve and sculpt the marble into beautifully delicate Buddha statues, before polishing and painting them. And they do it all without the help of models or pictures!
Another advantage of exploring by bike is discovering places or things you’d never imagined. Who would’ve guessed there’s a Big Ben in Myanmar! This tower is part of Ma Soe Yein, the biggest monastery in Mandalay.
From one monastery to another, this time the Shwenandaw Monastery, built in 1878 out of teak wood in the traditional Burmese style.
This was my favourite point of interest in Mandalay – the elaborate, intricate and very detailed carving work is awe-inspiring!
At the end of the afternoon, the best place to be in the city is Mandalay Hill. You can see for miles and the sunset is stunning, making a visit to this place totally worthwhile.
To finish a long and a kind of exhausting first day, I visited Kyauk Tan Gyi, a pagoda that is colorfully lit up at night and has one of the biggest marble Buddha statues in the whole of Myanmar.

On my second day, I started off by hiring a motorbike taxi, or moto taxi, to take me to Amarapura, a township on the outskirts of Mandalay. There, at the Mahagandhayon Monastery, I watched the monks at lunchtime –  thousands monks in burgundy robes lining up to collect their food donations is a spectacular sight.
To get to Sagaing, my next destination, I was told to take a bus but I was not prepared for what turned up! Holding on to the back of an overloaded truck was a lot of fun bit uncomfortable and probably dangerous but I had a lot of fun.
Upon arrival, I visited the Kaunghmudan pagoda, a large temple on the outskirts of the town, before hitchhiking to Sagaing Hill.
My first stop was the U Min Thonze pagoda, also known as the Thirty Caves pagoda, because of the 30 cave entrances. This pagoda is stunningly colourful.
After a quick break for lunch, I visited some other points of interest in Sagaing. The city is famous for the hundreds of white pagodas, gold stupas and numerous monasteries that dot its hilly landscape.
My last stop in Sagging was the Soon U Ponya Shin Pagoda, where I admired the view and I also saw a craftsman creating a brilliant landscape with just a blade, before hitchhiking back to Mandalay.
Back in Mandalay, I went to a gold leaf workshop on the spur of the moment, where I saw the entire gold leaf making process. 12g of solid gold from the north of Mandalay and some bamboo paper are put in layers into a box made from deer leather. The box is then beaten until the gold is very thin and the gold leaf is formed. Gold has become an indispensable part of Burmese culture and, not surprisingly, Myanmar is often referred to as the land of gold…

On my last day in Mandalay, I took yet another form of transport, this time a ferry, to Mingun, about 11km away.
The principal tourist attraction is Mingun Pahtodangyi, a monumental unfinished pagoda. Construction started in 1790 on what would’ve been the largest stupa in the world at 150m high but was never completed. And it has suffered more damage in the intervening years – the massive cracks on the face of the temple were caused by earthquakes.
Not far from the pagoda is the Mingun bell. Originally cast to hang in the unfinished pagoda, it weighs 90 tons and is the second largest bell in the world.
Nearby is the Hsinbyome pagoda, which is built in a very different style from all the other pagodas in Myanmar. I loved this very striking and distinctive pagoda!
Time to go back to Mandalay and visit one of the most popular points of interest and historically important sites in the city, Mandalay Palace. The palace was constructed between 1857 and 1859 by King Mindon but was heavily bombed and devastated during World War II. As a result, it’s basically empty inside but the crowning wooden pavilions are extraordinary.
Very close to the palace is Sandamuni Paya, with its 1774 white stupas surrounding a central gilded pagoda. In front of Sandamuni is the Kuthodaw pagoda, built in a very similar style, where you can walk in between the stupas. During my visit, the main pagoda was under renovation.
Then I went to Amarapura again, this time to watch the sunset over the U Bein bridge, the longest teak bridge in the world at 1.2km. This iconic bridge is a very popular attraction in Amarapura and can get very crowded during the sunset.
To finish my three days in Mandalay, I attended the world-famous Moustache Brothers’ show. Presented by a family comedy troupe, who have been performing it for almost thirty years, this subversive show combines strong satirical criticism of the Burmese military regime with classic Burmese dances. Watching the Moustache Brothers’ show is definitely a memorable way to end your trip to Mandalay.