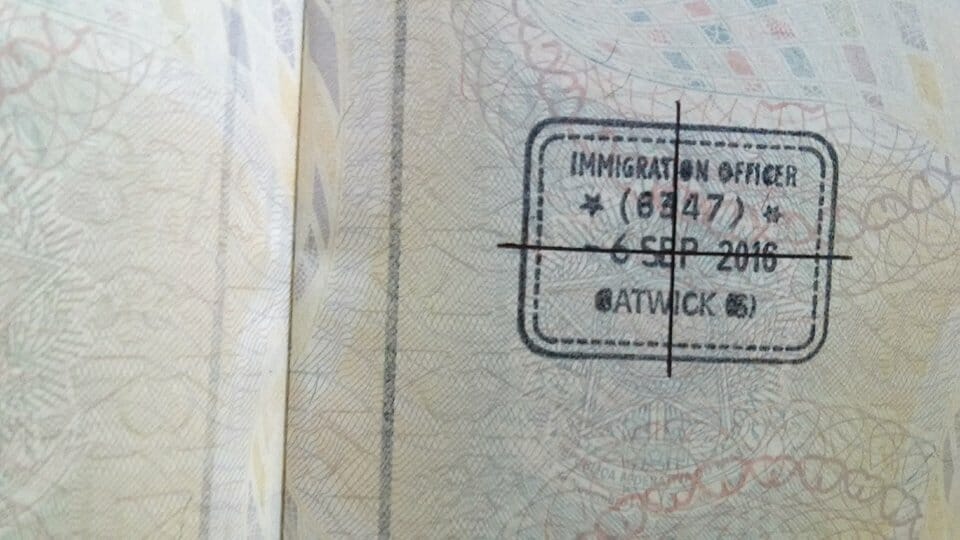 IMMIGRATION. You are not the only one who gets nervous when it comes to this word!

These days, it can often feel as if the Immigration desk is the biggest hurdle to overcome when travelling. And sometimes, you can fall at it…

It was supposed to be an unforgettable birthday for my Brazilian bff. After a frustrating failed attempt to spend her birthday with me in NYC in 2015, I invited my friend to come to Europe while I was spending some time there. I was really committed to making her trip the best ever: London, Oxford and even a weekend in Paris. As she was visiting Europe for the first time, I was going to make sure that she would love it.

Airlines tickets were booked, reservations made at restaurants, tickets for musicals, gifts bought… everything that someone deserves on his/her birthday, especially a best friend.

So, on the 6th of September 2016, I woke up early in the morning and took the tube to Victoria and the train to London Gatwick. I have passed through this airport’s immigration twice: the first time they just stamped my passport without asking anything, but the second time they gave me a much more thorough grilling and only let me enter the UK once I showed them my return ticket to Brazil.

Because it was her first time in Europe, I provided my friend with all the information the immigration officer could ask for, such as: where she would be staying, a local phone number, the length of her trip, and to show that she had a return ticket. I arrived at the airport at 9:30, where my friend’s flight via Madrid had already landed. Hearing an arriving passenger speaking Portuguese, I asked him if he was on the same flight, and he confirmed that he was. So, I knew that my friend would probably show up in a few minutes…

I reached for the phone behind the desk and called immigration.
– “You should wait at least one hour more sir,” they told me.
– “But I already saw some people from her flight here.” I replied.
– “What’s your friend’s name?”

After I gave her my friend’s name, she confirmed that she had landed but then I was transferred to another person. 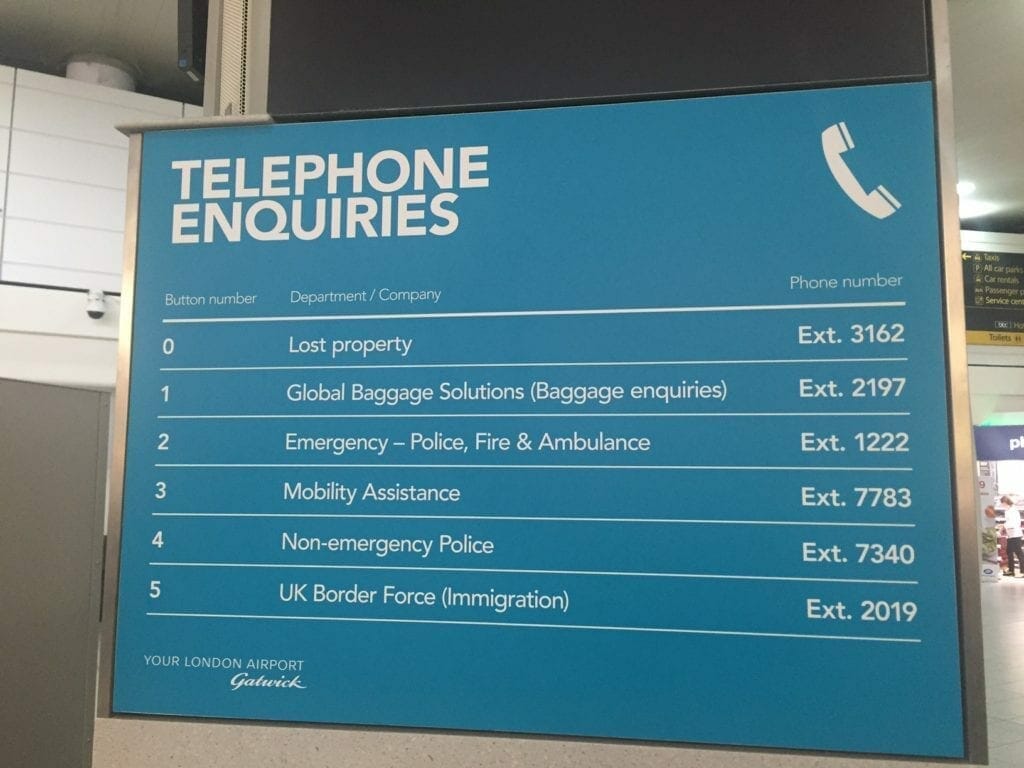 This immigration officer started asking me some very specific questions (when I entered the country, when I was leaving, what I do, when was the last time I saw my friend, what she does, my situation in the UK, etc). As I explained that I was here on a tourist visa, she interrupted: “Oh, your friend said that you live here.” “No” I stuttered, “I’m here as a tourist!!” Even though I had done nothing wrong, I felt anxious because it’s illegal to enter the country on a tourist visa and then stay there indefinitely.

She asked for my phone number and after I gave it to her, she replied:
– “This is not the phone number I was given by your friend.”
– “That is the number of another friend of mine in the UK.”
– “Who’s she?” The immigration officer asked me.
– “My Brazilian friend will be staying with her.” I said.
– “Ok, I have your number and I’ll call you back.”

I immediately called my UK friend and explained what had happened. After a few minutes she called me back and said that the immigration officer had called her and asked more questions. She provided them with extra information, such as that I write a travel blog, that my mother lives in Oxford, and that I entered the UK in June (I said it was in August, because I re-entered the country that month). Suddenly, the situation looked bad; I didn’t know what to do besides wait…

People were waiting for others with flowers, mothers were crying after seeing their sons, and I just wanted my friend to show up soon so I could hug her and say that everything worked out. But instead, my head throbbed like it could explode any minute, my stomach was hurting and I was feeling terrible. I could not believe that all these things were happening. I phoned my mum and we agreed that the situation looked pretty grim. She didn’t think there was any point in holding out all this time… So, after spending five hours going back and forth between the gate and the exit, I finally decided to go back home.

As I got on the train, feeling hopeless and near to tears, my phone rang with No caller ID.
– “Mr. Rosa, are you still at the airport?”
– “I’m about to leave,” I said.
– “Your friend will not be allowed to enter the UK. We’re going to provide her with accommodation tonight and she will fly back to Brazil tomorrow.”
– “Why will she not be allowed to enter?” I asked, “She has a return ticket,”.
– “A return ticket doesn’t mean anything. We are not convinced that she is a genuine tourist.”

I couldn’t believe that my friend was denied to entry at the airport. What a nightmare!

When I got home I cried like a child… All the money spent, dreams and plans gone with the speed of a stamp on a passport. I still had to call my friend’s parents to give them the sad news. Once again, I could not hold back my tears…
Sometimes it seems that it’s getting more and more difficult to see the world and explore new cultures, And for me, who believes in a world without boundaries where people can travel back and forth without any restrictions, it is particularly upsetting. Sometimes I feel like screaming “For God’s sake, why can’t we just be left alone to travel when and where we want!”

But, unfortunately, nowadays that just seems like an utopian dream…

How to avoid troubles with immigration?

But even though it can feel as if immigration is like a lottery, we can take some precautions:
– Print all the tickets and reservations you have.
– Make sure you have the correct address of the place where you’ll be staying.
– If you are staying in a friend’s or parent’s house, they can send you an Invitation Letter to present to the immigration officer, however there is no guarantee that you will be admitted.
– When you provide other people’s information, be concise and able to provide the same answer every time they ask you, no matter how many times.
– If you’re traveling to a Schengen country, travel insurance with medical coverage of least €30,000 is mandatory. I use World Nomads, which is perfect for independent travelers, because you can buy, extend & claim online. You can buy yours here.
– Get familiar with the costumes and traditions of the place you’re going to visit. In some Middle Eastern countries for example, get drunk on the streets and PDA between gays couples isn’t permitted, and women have to wear a scarf on the head at all times. You can be reprimanded for breaking the rules, and even deported.
– Take deep breaths, relax and think positively.

What the immigration department in general wants to know is that you intend to return to your country, have a stable job with enough ties to bring you back home and have money to cover your expenses while are traveling. The questions will be based on these three points. What is the reason for your visit? How many days are you staying? What do you do for a living? These are the three basic questions. Be prepared to answer them sharply and keep an even tone of voice.

If the worst happens be strong! Life is full of surprises; some are bad ones and others are awesome.